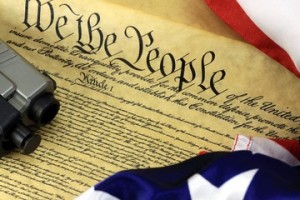 For the second year in a row, I have been asked to serve as Course Director for the State Bar of Texas Firearms Law Seminar. This is a one-day continuing legal education seminar, in Fort Worth on September 27, 2013. It is primarily intended for attorneys, but you are NOT required to be a lawyer to attend.

This is more than just a chance for lawyers to check off their annual education requirements. This is a chance for all lawyers in Texas who handle gun matters to meet, get to know each other, and network. This is a chance to develop and empower a network of attorneys to defend their clients and defend our rights.

Here is a list of the speakers and topics:

1. Constitutional Law - The Right to Bear Arms, by Stephen Halbrook: For many years, Stephen has been at the very front lines of the fight for our rights. He has represented the National Rifle Association before the U.S. Supreme Court and other courts for decades. He is a well-known author on firearms issues. Stephen will discuss the status of the right to keep and bear arms, and the likely battles in the years to come. There is no one on the face of the planet who is more qualified to educate us on this topic.

2. Legislative Update, by Charles Cotton: Charles focuses on commercial litigation, personal injury, and professional malpractice defense. He has served as pro bono legislative counsel for the Texas State Rifle Association since 1987. He has been involved with the Legislature and various gun bills since at least 1993. He has served on the NRA’s Board of Directors since 2001. He is also an NRA-Certified firearms instructor, a CHL instructor, and a competitive shooter. He is a former police officer.

3. Torts and Insurance Cases Involving Firearms, by John LeVick: John focuses on personal injury cases. He has handled over 1300 cases in his 24 year career. John is also recognized nationally as an expert in firearms and self-defense shooting cases. He was a CHL instructor from 1995 until 2011, and has taught self-defense shooting classes for many years prior to such licensing. He has represented major manufacturers of firearms and ammunition, and has acted as a consulting expert and as a testifying expert in both criminal and civil shooting-related cases.

4. Avoiding Malpractice and Ethics Violations in Firearms Matters, by Mark Correro: Mark is the Managing & Founding Partner of the Stornello & Correro Law Firm, P.L.L.C. where he focuses on criminal law defense. He received his J.D. from South Texas College of Law and was an assistant articles editor for South TexasLaw Review. While attending law school, he was a Constitutional Law Langdell Scholar. Mark has published numerous award-winning articles on constitutional law and the Second Amendment.

5. Concealed Carry, by Fred Adams: Fred has practiced family law in Dallas for over 30 years. He has extensive experience in all types of family law matters and is certified as a mediator and family law arbitrator. He is board certified in Family Law. He has spoken at all three prior State Bar Firearms Law Seminars, and was the Course Director for the first one.

6. How Defendants are Seen by the Jury in Gun Cases, by Glenn Meyer: Dr. Meyer is a professor of psychology at Trinity University. He is interested in how theories of aggression interact with the jury process. Specifically, he has been concerned with how attitudes regarding firearms and gender influence the observer’s evaluations of self-defense and bystander intervention scenarios. He is a member of the TSRA and NRA, and has trained with quite a few well-known firearms instructors.

7. National Firearms Act (NFA) Trusts, by Sean Healy: Sean is the general counsel for TSRA, and has his own law practice in Tyler, focusing on civil litigation and representing businesses and nonprofit organizations. Sean has competed in over 150 pistol matches, is an NRA-Certified Instructor and Training Counselor, and is a nationally-trained instructor trainer for 4-H Shooting Sports. He served as National Corporate Counsel for American Mensa, and represented eight states on the Young Republicans National Committee.

8. Restoration of Firearms Rights, by Stefan Tahmassebi: Stefan is the Deputy General Counsel for the National Rifle Association. He has published many articles on firearms law issues. Stefan has made numerous appearances as a speaker, presenter and debater at legal seminars, law schools, colleges, bar associations, and political events, including the NRA’s National Firearms Law Seminar.

9. Obtaining and Keeping a Federal Firearms License (FFL), by David Griffith: David has been board certified in Personal Injury Trial Law since 1988 He was a speaker at the first State Bar of Texas Firearms seminar. David is heavily involved in firearms competition and holds a Master Classification in NRA High Power Rifle Competition. He also competes in NRA Long Rifle Competition, IHMSA Silhouette Competition, and sporting clays. He is President of the Fifty Caliber Shooters Association.

10. Self-Defense, by Massad Ayoob: Mas is a law enforcement officer and instructor, a well-known competitive shooter, and the author of thousands of articles and several books on weapons and self-defense. His best known book is considered to be the authoritative text on justifiable deadly force by private citizens, "In the Gravest Extreme."

11. Criminal Defense in Gun Cases, by Donald Flanary, III: Don has shown ambitious dedication to defending criminal cases at trial. He has handled hundreds of Federal and State criminal trials and appeals, focusing primarily on complex federal cases. He is licensed in multiple Federal District Courts in Texas, the Fifth Circuit Court of Appeals, and the United States Supreme Court. He is an S.A. SCENE Rising Star and a member of the Associate Board of Directors of the Texas Criminal Defense Lawyers Association.

12. Protective Orders, by Marilea Lewis: Marilea Lewis served as Judge of the 330th District Court in Dallas from 2002 to 2010. She is board certified in Family Law and is a member of the Texas Academy of Family Law Specialists. She is also certified as a mediator in both general and family practice, and has been selected as one of the Best Lawyers in America for 2013.

If you are an attorney, you can register for the course here:
http://www.texasbarcle.com/CLE/AABuy0.asp?sProductType=EV&lID=12227

Please feel free to contact me at <genghis@healylaw.com> if you want more information.

Sean P. Healy has been practicing law in Tyler for more than twenty years. He grew up in Wichita, Kansas, but since he was very young he has spent a significant amount of time in East Texas with his grandparents, father, aunts, uncles, and cousins.